AI is Revolutionising Industries. What Does it Mean for Us?

Home
»
Future of Industry
»
AI is Revolutionising Industries. What Does it Mean for Us?

Artificial Intelligence, or AI, as it’s popularly called, is so omnipresent that it’s almost become inconspicuous – you don’t even realise when you come across it. Take the most common usage, for example – a web search. When you search for anything on the web, you get the information you seek, as well as other, “related” information. It’s AI at work.

The most relevant example here would be that of BlueDot, a Canada-based artificial intelligence platform, that spotted COVID before it became widespread knowledge. On 30th December 2019, it saw a large number of what it called, “unusual pneumonia” cases coming up around a market in Wuhan, China. This was nine days before the WHO sent out a statement about the deadly virus. That was AI at its best.

So, yes, AI is revolutionizing many industries and the healthcare industry is one of the primary ones. AI is able to crunch large amounts of data and make meaningful connections in record time. Surgeries involving robots, for instance, have enjoyed larger success rates due to invariably better preciseness compared to the ones performed by their human counterparts. This is possible due to the underlying AI systems. Patients can be constantly monitored using sensors that are capable of identifying biological fluctuations and can provide data for diagnoses.

Recently, Sony filed an application for a patent that uses a machine learning algorithm to adjust the difficulty levels of games based on how the user interacts with it. If the system realises that a gamer is struggling, it will automatically adjust the difficulty levels of the game in order to encourage the user to continue playing. Simply put, the possibilities of applying AI in real-life are endless. But what exactly is it?

What’s AI – tell me in a nutshell?

Simply put, AI is a branch of computer science that deals with the development of machines that possess the potential to make intelligent decisions that resemble human intelligence. These machines can be developed so that they can mimic human behaviour, very closely. The devices can be trained to read the environments they are part of, so they can work out possible solutions for problems that may arise.

Why do we try to build AI that can behave like a human?

Because we want machines to do tasks that are either too complex or are too time-consuming when performed by humans. In a very generic sense, the core functions of AI include learning and problem-solving that are addressed using multiple techniques. The question that may now come to mind is – how do we train AI? We basically take tons of data, clean the information based on what needs to be processed, configure the AI to suit requirements, let the system know what it should do, pass in data to see if the end result matches your requirements, tweak the configuration to produce better results, and repeat until you are satisfied. This is a very broad overview of how AI can be trained. It comprises a lot more processes in between that is way too complex to be explained in this space. 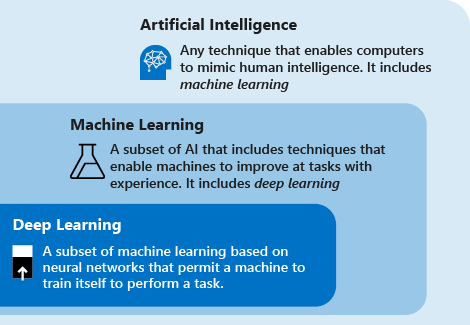 AI encompasses concepts such as machine learning and deep learning. Machine learning deals with the process of developing machines that are capable of learning from experience. Just like how a child learns things from experience, the machines learn from previous instances of similar activities. Of course, there’s the added advantage of not having to spend a lot of time changing a machine’s diapers. Deep learning, on the other hand, deals with systems that are trained using a large amount of data. These systems make use of the huge amount of data and train themselves to perform operations relevant to the requirements. AI is being used extensively to analyse data and predict patterns, classify and process large amounts of data, automate business processes, and provide a platform for businesses to interact with their clientele without requiring a lot of manpower. AI has been exceptional at providing support during the ongoing pandemic in terms of data analysis, helping various governments in developing action plans regarding the delivery of vaccines etc.

The elephant-in-the-room question- are we going to lose our jobs?

We’ll win some, we’ll lose some. That’s the way it goes. The genuis lies in understanding which the former and latter would be. And that’s the tough part, because as AI evolves, it needs humans to work it, but it also replaces some human aspects.

Some examples of the areas AI is taking over, and thereby reducing the human need.

Smart drug delivery has been improved because scientists have access to AI that can help with identifying the target location and the exact amount of medication to be administered. Autonomous vehicles have taken the world by storm due to their popularisation by giants like Google and Tesla. We already have colossal engineering plants that make use of robots to automate the process of manufacturing. We read about machines replacing factory workers because the former cranks up productivity while being way more economical.

But, here’s the thing. AI is not replacing only the tedious, repititve, manula kind of tasks, but even the si called “cerebral” ones. Take GPT -2 for example. It’s a language model developed by researchers which generates text in the form of coherent and comprehensive summaries of passages, without the use of content specific input data for training. This has the potential to replace content writers but the researchers who developed the model have released only a smaller model to the public as of now.

However, the truth is that though these achievements in AI are significant, we have only begun to scratch the surface. AI will continue to evolve – sometimes predictable and sometimes not so predictably – the fact remains that AI and humans need to work together. It’s never going to be either, or.

Bottom line is – although AI has made our lives simpler, human-centric roles are a necessity as AI does not yet possess the ability to understand concepts like a human can (yet being the operative word). Having said that, the prospects of someone with the right skills getting an AI-centered job is at an all-time high, due to the number of skilled people required to develop pathbreaking AI technologies.

At the moment, it looks like AI is creating more jobs than leading us down the path of unemployability. The potential remains huge while the resources, minimal. There is a lot of scope for people who possess AI skills. Everybody starts small. In fact, one could go from a complete computer novice to a skilled scientist with a bit of hardwork and some time to spare. A large number of resources are available for people who are interested in learning AI related skills. Universities offer specialized courses on AI and other related programs. These programs ensure that one is ready to develop AI based systems capable of performing complex tasks.

Will AI really take over the world? Who can say – it’s one of those questions that has many theories, but no clear answers.

And while studies have shown that AI has begun to influence the way humans make decisions, does this mean AI is becoming all-powerful? We are influenced by sci-fi shows that depict a dystopian future where humans are controlled by AI. That may be possible but, not for the foreseeable future. What we have now is technically “pseudo-AI”. That is, we are the ones fuelling the AI systems and training them to identify patterns in order to help us in simplifying complex processes. Even if AI is truly a threat to humanity, it has become so intertwined with our lives now that it is quite impossible to stop the AI revolution if we wanted to.

AI, together with quantum computers, can evolve to such an extent that the answers to most of the questions that have plagued humanity for ages will finally be found. At least, that’s what we hope to achieve. The field was developed based on the idea that the human mind could somehow be quantified and transferred to a device but we are far from achieving the perfect artificial intelligence capable of completely replacing a human. It has, however, made our lives sophisticatedly simple. Twenty years ago, if you told someone that they’d only have to carry one device for navigation, photography, checking emails, gaming and watching movies, you’d probably have been be scoffed at. But, here we are, with one device ruling our existence – our smart phones.

AI still has a long way to go and humans will need to keep reinventing their skills to work with it.